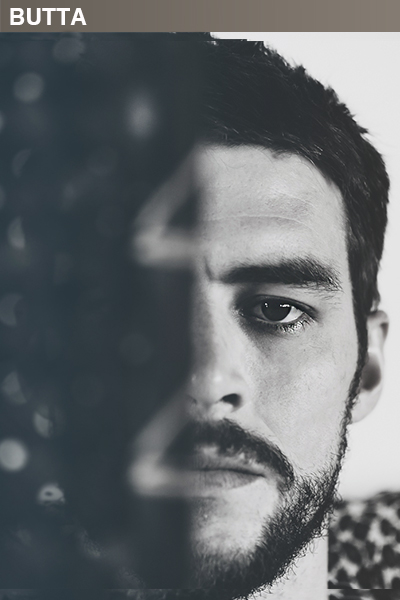 Since joining the ranks of Ill-Legitimate in 2009, and releasing his first album Entrenched in Canada and Australia, Jack Bain – aka Butta – has stayed active both locally and abroad. ILL-Legitimate members are all a little Australian at heart; Canadians and Australians share a lot in common in their demeanour and outlook. Butta however doesn’t quite sound typically Australian, having spent a lot of time in England, his language is husky as all fuck but his twang is unusually refined. A fuckin axe.

Hailing from Brisbane, Queensland, Butta came up as the youngest member of the small but tight-knit and dedicated hip-hop community that moved throughout Brisbane. Butta wasted no time getting to work, he helped Anon and Sythe set up the Temple, just a shack in Brisbane where they were living but where writers would come over to write, draw, freestyle, DJ on our decks and share ideas over bong tokes. Butta was there all day every day. He is the student of hip-hop. Continuing in the metaphor of the Temple, he was the most diligent student who swept the steps until he was invited in to train. Years later…

In Brisbane, he joined a local crew, DeadBeatSociety, that performed many shows, attracting large crowds and opening for the likes of Jedi Mind Tricks, Raekwon, Evidence and Ill-Bill to name a few. DeadBeatSociety only released one album, Dead Beat Society (2009) before they disbanded, but they made a large impact on the Brisbane scene in the process.

Butta released his first album, Entrenched (2008), is an explosive introduction from the trenches; but sounds more like songs that he would have in his headphones and in his soul rather than the battlefield. Sonically, it really captures the diplomatic hip-hop relationship that was developing rapidly at the moment between our slices of Australia and Canada and his transition into the ILL-Legitimate crew. The first half of the album features production from Sammsonite (The Optimen/Red Tape), DJ Daze (Dead Beats) and DJ Butcher (Crate Creeps/Red Tape), as well as features from Australian underground legend, Robby Balboa and Pure Product’s Tendancee; while the latter half of the album features Sythe beats and a feature from the reaper himself. Interestingly, this re-connection with Sythe was happening during an excursion to Canada, while Butta staying at Anon’s place, simultaneously to Risskant and Anonymouz making Klassiek out in Holland.

In 2010, Butta released his second solo album Gotta Tic?! recorded while living in Vancouver and featuring all local artists, as well as a couple of beats produced by himself.

In 2013, he returned to Vancouver to join the rest of Ill-Legitimate for the release of their first album, ILL-Legitimate: The Album. They toured around B.C. and Alberta extensively with their high-energy performances, finishing infront of a full-house in Vancouver opening for Souls of Mischief.

Since this time, Butta has been building a fresh catalogue of music and number of music videos, much of which is ready to release. Locally, he has been working with Tendancee, DJ Daze (also of DeadBeatSociety) and Brentonio Banderis in a group called Lifted Minds, to complete their upcoming release, Rising. FIRST SINGLE IS OUT NOW! Listen here on Spotify!

In addition, he has been working with ILL-Legitimate, specifically Nicky Scarfo, on Butta’s new solo project ILL-Kents: a butcher shop barrage of Scarfo’s most savage with Butta’s pudgy Barbarian Axe flow. A proper Aussie bar brawl kent get it up yehs.

BUT FIRST…  You only heard Butta on one track on the first ILL-Legitimate Album. That is most definitely not the case with the new recipes we’ve cooked. More butchery means more barbecue and who does barbecue better than Aussies?

Some would say that Southern America does. Well, you can decide for yourself when you hear Butta square off culinarily with our homie Denz from South Carolina on the track “Too Many Chefs”. This and many more of Butta’s new brilliantly flavourful contributions will be made available on the highly-anticipated, long-awaited -STITCHED- !!!

Wasting no time, Butta has been working hard to cement his own solo brand, working on a series of duo collaboration projects that have resonated his name in Australia, Europe and North America. Hash-Butta-Synergy, feating Brisbane compatriot MC Synergy smashing over production by English heavyweight Hashfinger dropped on January 10th, 2020 and has been making waves. Also slated for 2020 is Locomotive – the “joint” project between Butta and Risskant.