We wanted to do something extra special for this project.

Soevv aka SLMNDR came into the crew, ready to flex his abilities in visual art, but more than that, really wanting to contribute something to this project that would make it his.

“I really want to give something to be able to say that this is also my album.”

So for the album Artwork, Master Soevv has taken the concept of “Stitched” to a very literal level.

The only design he had to go off was this style of the title that we had chosen as a team.

Here’s a screen shot from his desktop and some scrapbook ideas: 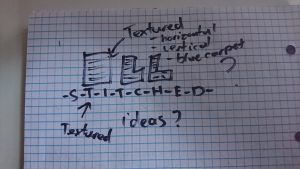 Soevv embarked on a mission around Shanghai to collect various fabrics with different patterns, textures and colour schemes.

Having collected a couple of bags’ worth of material, he went home, cleared off his desk and got to work like the mad scientist that he is, and began stitching them all together to create one large piece. 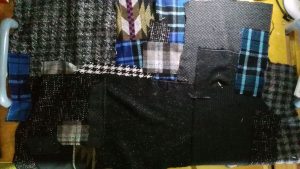 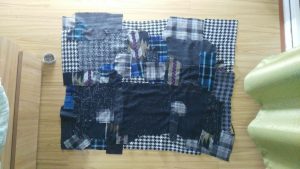 BADABING!
The next day, he took the fabric to a specific store to have the crew’s logo as well as the album’s title, “Stitched”, embroidered on strategic parts of the multi-patterned piece. 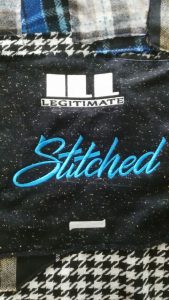 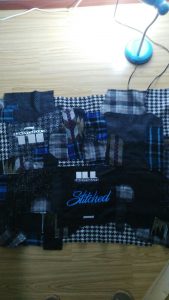 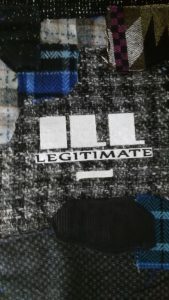 Finally, he brought his piece over to a special photographer to get an Ultra-HD photo of the whole piece so as to really bring textures into evidence. 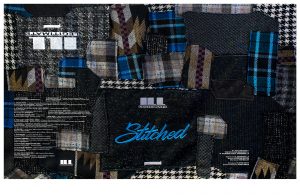 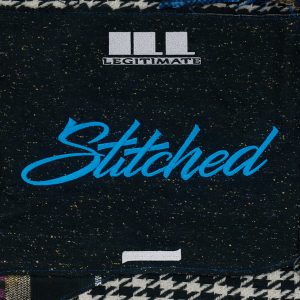 Look deeep and it is like you are looking into space, out at the universe.

Not just looking in but looking out… an effect that ultimately is created by the connected textures of our fabrics.

The hardcopy will have a 6 panel fold-out. That is, once Soevv finishes adding the CREDITS in post.

This is just the booklet!